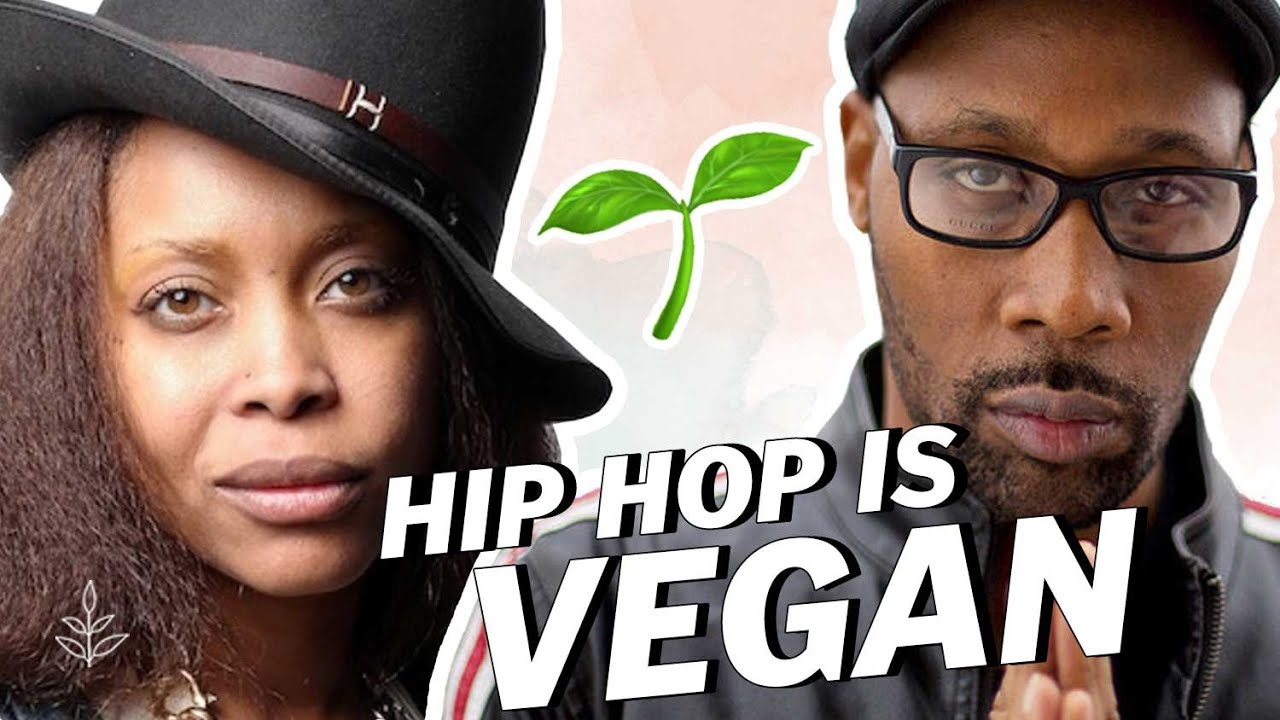 Lifestyle
Share on Facebook
Share on Twitter
Share on Pinterest
Share on LinkedIn
These 11 hip hop icons are vegan. The hip hop genre has always addressed major political and social issues. So if there’s one music genre where veganism — a movement about animal rights, but one that also advocates for health and human rights too.– seems to have taken off more than any other, it’s hip-hop. From the Wu-tang Clan being 80% vegan to Mýa’s vegan diet and activism, hip hop is a platform that can influence social change.

1. RZA – frontman of the Wu-tang Clan, RZA has been vegan since the 90s.
2. Masta Killa – Don’t let the name fool you, Masta Killa is a compassionate vegetarian turned vegan who has raised his son to be kind to animals.
3. GZA – the “Genius” of the Wu-tang Clan, GZA has influenced many members of the group to adopt a vegan diet.
4. Killah Priest – Influenced by GZA, this Wu-tang member has been vegan since 2017.
5. MC Lyte – Considered a pioneer of feminism in hip hop, MC Lyte is an advocate for the vegan lifestyle.
6. Erykah Badu – Singer-songwriter Erykah Badu’s music is influenced by R&B and soul, but also hip-hop. She stopped eating meat in the late 1980s and went vegan in 1997.
7. Jermaine Dupri – Grammy award-winning music producer, rapper, and DJ Jermaine Dupri has been vegan for over a decade.
8. Will.I.Am – Frontman of the Black Eyed Peas, Will.I.Am first went vegan for health reasons. Now, he is an advocate for the lifestyle and has even rapped about it in “Vibrations Part 1 Part 2.”
9. A$AP Rocky became a pescatarian in 2011 and later ditched fish, too. He announced a switch to veganism in his 2019 track “Babushka Boi”
10. Styles P – American rapper and former member of hip-hop group The Lox, Styles P is a passionate vegan for health and ethical reasons.
11. Mýa – Grammy-award winning singer-songwriter Mya has had R&B and pop hits. She is passionate about veganism and has even created a free starter guide for new vegans.

LIVEKINDLY is your home for informative, thought-provoking content for humanity, our home, and those who share it with us. Featuring new plant-based videos every Tuesday and a weekly vegan news recap every Friday.FOLLOW US:
—————————————-
🥑 MEAL PLANNER: https://meals.livekindly.co/
📚GET OUR FREE E-BOOK: