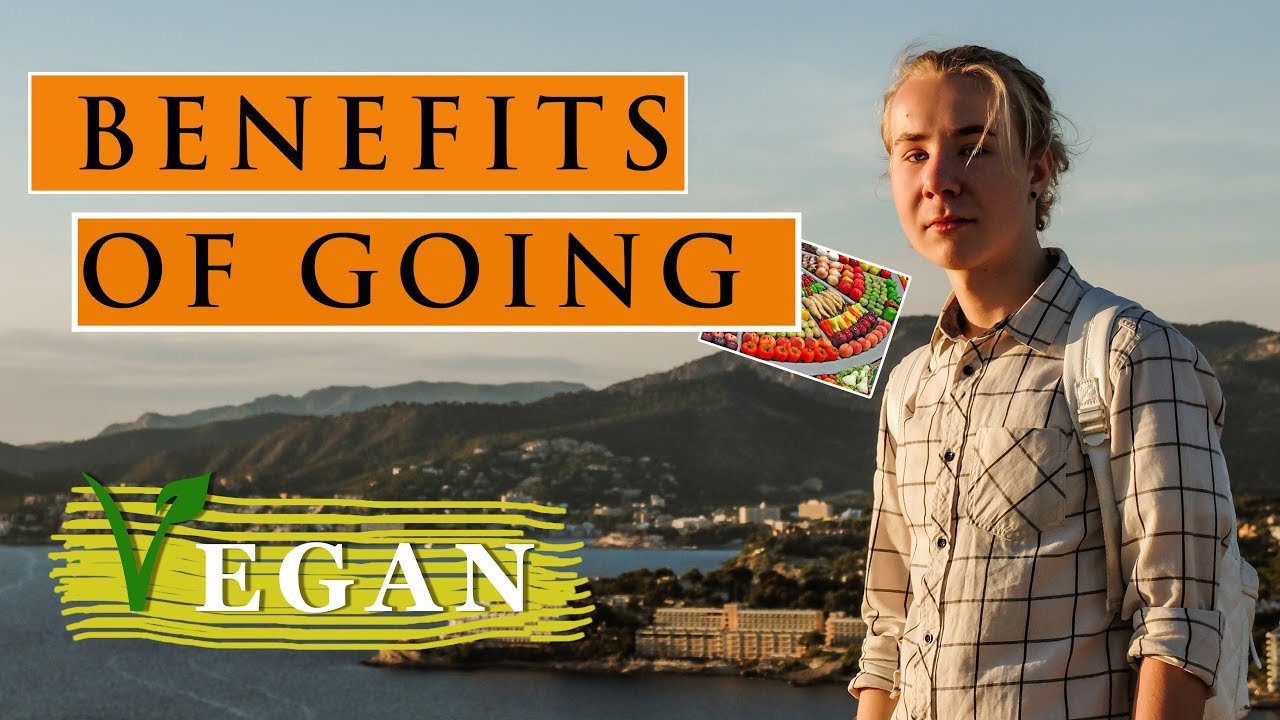 If you enjoyed this video and want to see more, be sure to subscribe and SMACK that notification bell 🔔

I need to state that I’ve been very healthy myself eating minimal junk food and also doing regular exercise, which does play a role in how I feel.

1 STAYING LEAN
I’ve had issues with my weight in the past, following diets that never lasted and Ultimately yo yo ing.
Since going vegan, I have lost a lot of fat and sustained a general lean shape.
Last year i wanted to build muscle while on a vegan diet. I did daily calisthenics and went to the gym for 1hr at least twice a week. In 5 months I brought my bench from 35kg to 58kg and got my squat to 70kg and could do 20 perfect pull ups straight.
Since that time, I’ve stopped going to the gym and lost some of that muscle but I remained rather lean.
At the minute, I wear 28inch pants, weight 60kg and have noticeable muscle.

2.DAILY ENERGIZED FEELING
On a day to day basis you are going to have substantially more energy. The reason for this is because the food you are consuming (as long as you eat whole foods) has a high nutrient density.You are getting far more than your 5 a day making you feel phenomenal. This whole food is also light and very easy to digest, this means that you almost never feel heavy, bloated. I should that water retention is also a huge reason for being bloated, but it’s effects are also reduced as fruit contain a high percentage of water.

I need to add that the digestive system uses 70% of your entire energy, so giving it something like spinach which digests very quickly instead of meat will allow it to finish quicker and leave the energy for you

3. OTHER PHYSICAL BENEFITS
It’s no mystery that vegans have longer lives averaging at 3-6 years more, but what’s often not mentioned is that they are a lot healthier for that duration.
E.G: nails and hair flourish on a vegan diet.
Skin will be almost blemish free and will retain a lot of collagen making it firmer rather than saggy.
My sweat and body odour is not as prominent and often disappears.
I’ve had practically no allergies since going vegan. Hallelujiah!!! No more hay fever.

4 GENERAL PHYSICAL HEALTH
Sustaining a vegan diet, you reduce a lot of the saturated fats that you would have previously consumed, this in turn decreases your risks of heart disease (which is the no.1 world wide killer)} tremendously.
Your increase in fiber helps bowel movements, you increase your immune system, your skin begins to glow and blemishes disappear and a vegan diet is Said to reduce the risks of cancer, diabetes, blood pressure, high cholesterol, arthritis and common illnesses like colds.

4.YOU’RE SHARP – FOCUS WISE.
I personally have been very alert and aware since going vegan. On my day to day life I may appear tired or like im daydreaming. But in reality, I take in everything around me all the time being able to reply to people who thought I wasn’t paying attention etc. I do owe some of this to reading books that dwell on the present moment such as the power of now by Eckhart Tolle which I’ve actually brought on holiday with me or listening to people like Napoleon hill. However my focus sharpened shortly after going vegan. In hindsight It is as if my understanding of the animal industry has opened a layer of consciousness which makes me aware of everything around. It’s really hard to put this benefit exactly into words, but all that I will say is that it’s more amazing than you imagine.

5. TASTE
My taste sensitivity has sky rocketed. I used to be okay at identifying foods from just tasting before my transition but now I’m in a whole new league. I can tell you if a soup needs more salt, basil or leeks. I can tell the difference between red onions and white onions. I can tastes the sugar in a banana. This is hugely beneficial as being a person who loves to cook, I allow myself to experience a spectrum flavour that I didn’t even know existed before.

6. INCREASE IN CONNECTEDNESS
So I a spiritual being, loosely following Buddhism. The main message of Buddhism is that suffering is constant that encompasses us all but that there is also a way of becoming free from it. This message paired with my other beliefs of being connected with every living thing makes going vegan a crucial part for my personal mental calmness and well being. This is simply because I believe that you take upon the suffering of the things that you consume. Therefore by being vegan you don’t eat animals and thus you don’t take upon that suffering as your own You enable yourself to be free from suffering and finally find peace.